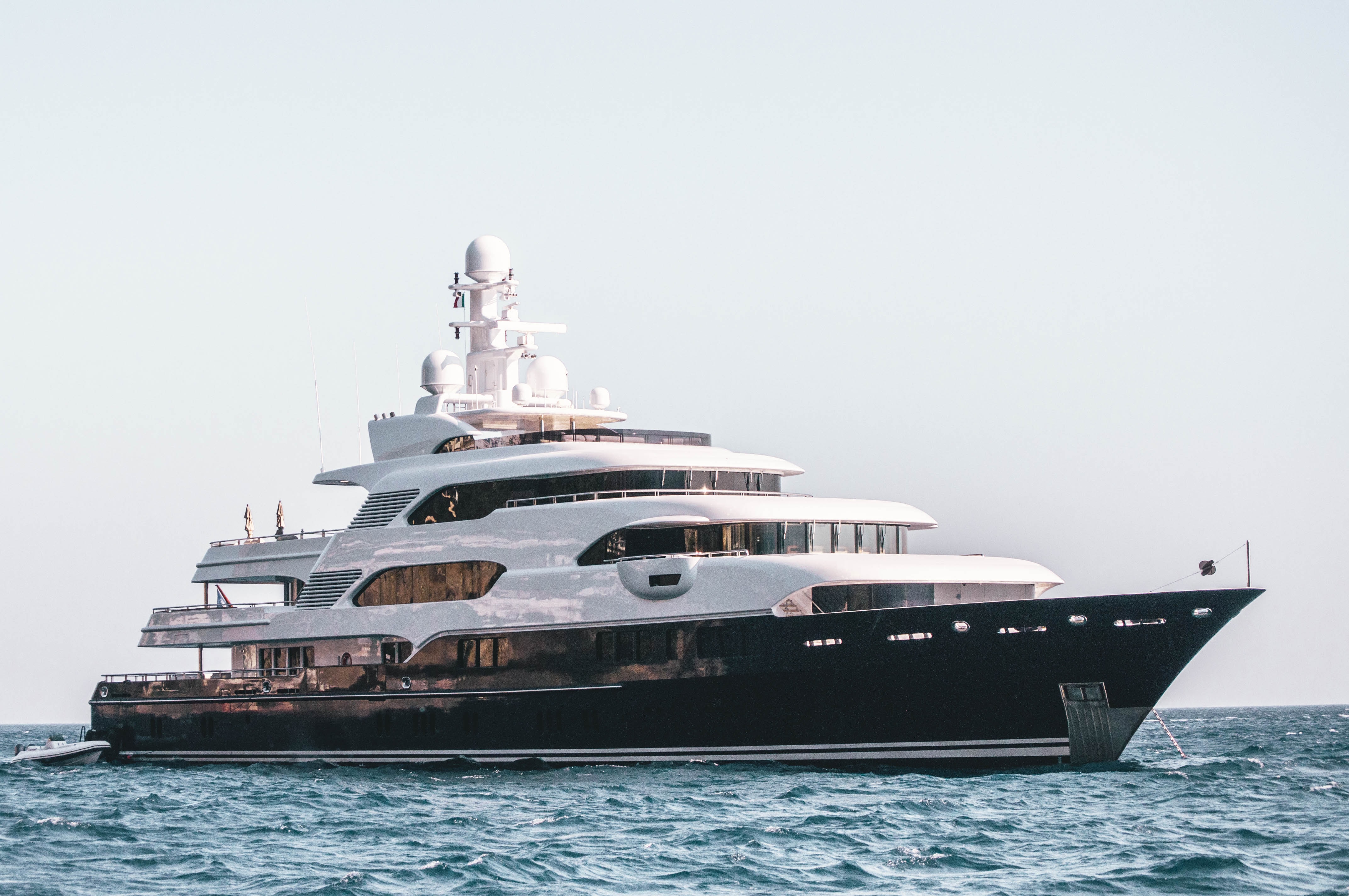 How can ultra-high-profile celebrities travel out of the public eye? By spending inconceivable amounts of money on superyachts, of course.

Many celebrities are yacht enthusiasts - from footballer David Beckman to author J. K. Rowling - just to name a few. These superyachts range in design, size, and price - but all share a similar coolness factor.

Here are some of the most impressive and luxurious celebrity yachts.

After signing with the Tampa Bay Buccaneers, Tom Brady purchased a custom cruiser from the Dutch builder, Wajer. This Wajer 55S, named Viva a Vida, is powered by three 435 HP Volvo Penta engines, which guarantee fast riding with speeds over 40 knots. It has a baby blue hull, walkaround center console, ample deck space, and storage compartments concealed beneath the aft stairway. Other cool features include an extendable platform and push-button fenders. Brady has since commissioned a larger model, the Wajer 77.

Tennis star, Rafael Nadal, owns a Sunreef 80 Power superyacht. After chartering multiple Sunreef catamarans and meeting Francis Lapp at the 2018 Cannes Yachting Festival, Nadal decided to commission one of his own. This superyacht was designed entirely in-house and features 3,875 square feet of living space. Key exterior details include stainless steel portlights, high bulwarks, and subtle ambient lighting, as well as a flybridge with a bar and barbeque and superyacht tender garage big enough to hold a tender, jet ski, and other water toys.

Billy Joel is the owner of a modern classic yacht, Vendetta, which is one of his many yachts. At one point, the singer/songwriter owned five yachts, including a 95-foot Inace explorer yacht. The Vendetta was designed by Doug Zurn, who aimed to create a replica of the classic commuter launches popular in the 1920s for their quick cruising around the Long Island Sound and New York City.

David Beckham has been revealed as the owner of a 90-foot Riva Argo 90. Studio Officina Italiana Design devised the yacht both inside and out, and Ferretti Engineering Department oversaw the naval architecture. Some cool design features include a sun lounging space on the foredeck and twin MTU diesel engines, providing power up to 30 knots.

In 2016, Harry Potter author J.K. Rowling reportedly bought Amphitrite, a classic superyacht. Amphitrite was previously named Vajoliroja and once owned by Johnny Depp. The yacht was once again listed and sold in 2017 to an undisclosed buyer.

Fashion designer, Diane von Furstenberg, purchased Eos in 2009. This is a 300-foot sailing yacht launched by the luxury yacht manufacturer Lürssen in 2006. The exterior design was executed by Bill Langan and the interior design by Francois Catroux. It can accommodate 16 guests and 21 crew members.