SkiSafe Blog > The Top 10 Most Beautiful Lighthouses in the U.S.

SkiSafe Blog > The Top 10 Most Beautiful Lighthouses in the U.S.

The Top 10 Most Beautiful Lighthouses in the U.S. 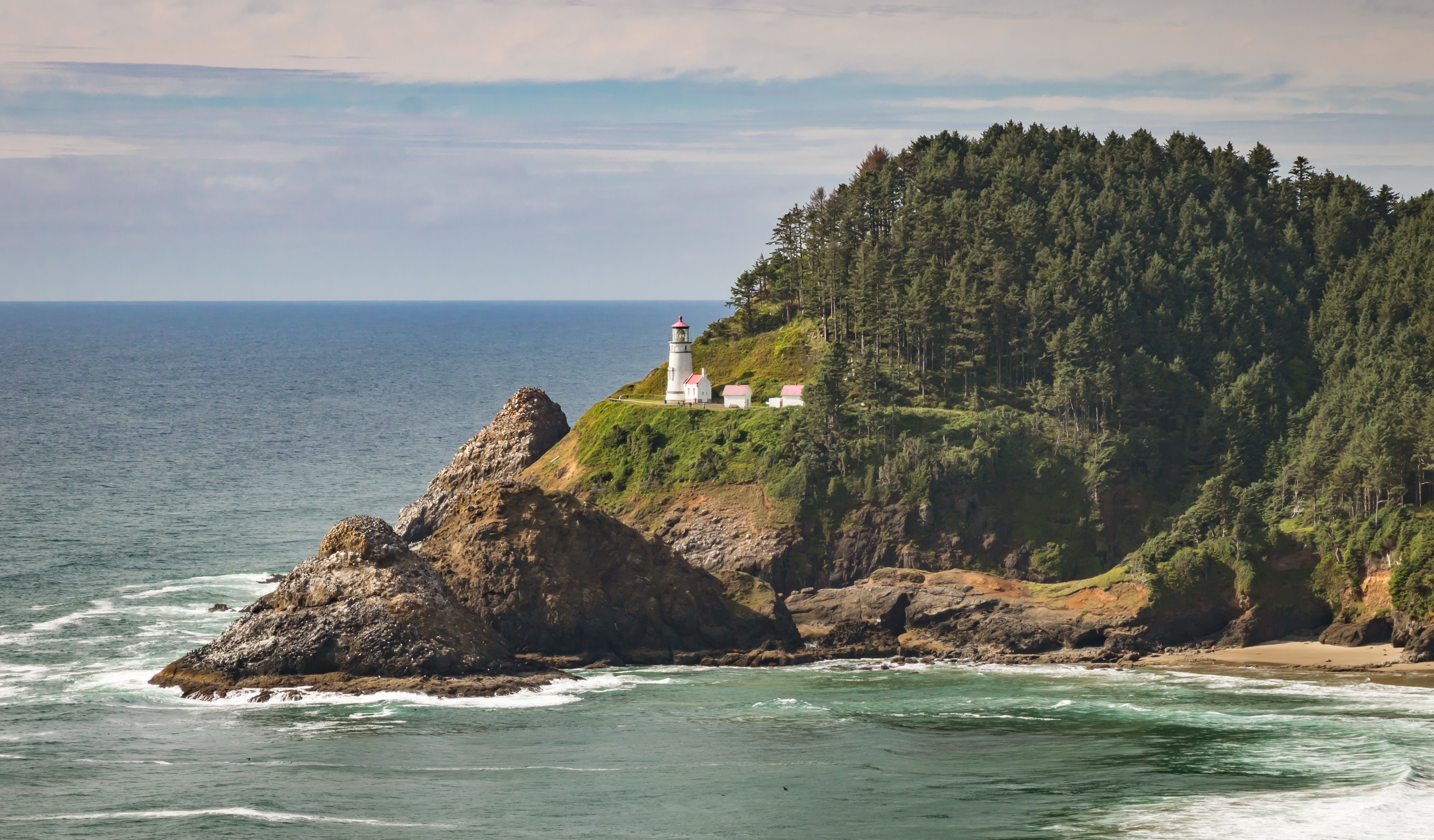 This Oregon lighthouse is considered one of the most beautiful in the world. It now operates as a bed and breakfast. Prior to that, the Heceta Head Lighthouse served as a navigation aid for sea-goers in the Pacific Ocean. Several mariners requested a lighthouse for the dark waters between Coos Bay and Newport. Construction began around 1892 as materials were transported through a single-lane wagon road or via rafts at Cape Cove. Workers would wait for the rafts to float ashore with the incoming tide. During World War II, the Coast Guard used the lighthouse to guard the beaches between Florence and Yachats. Following the war, the Coast Guard continued to control the light station as an aide to navigation. Then in 1995, the lighthouse was transformed into a bed & breakfast.

Public Access: The lighthouse interior was restored in 1995 and now serves as the Heceta Lighthouse Bed & Breakfast, where all are welcome to stay and enjoy this national treasure. 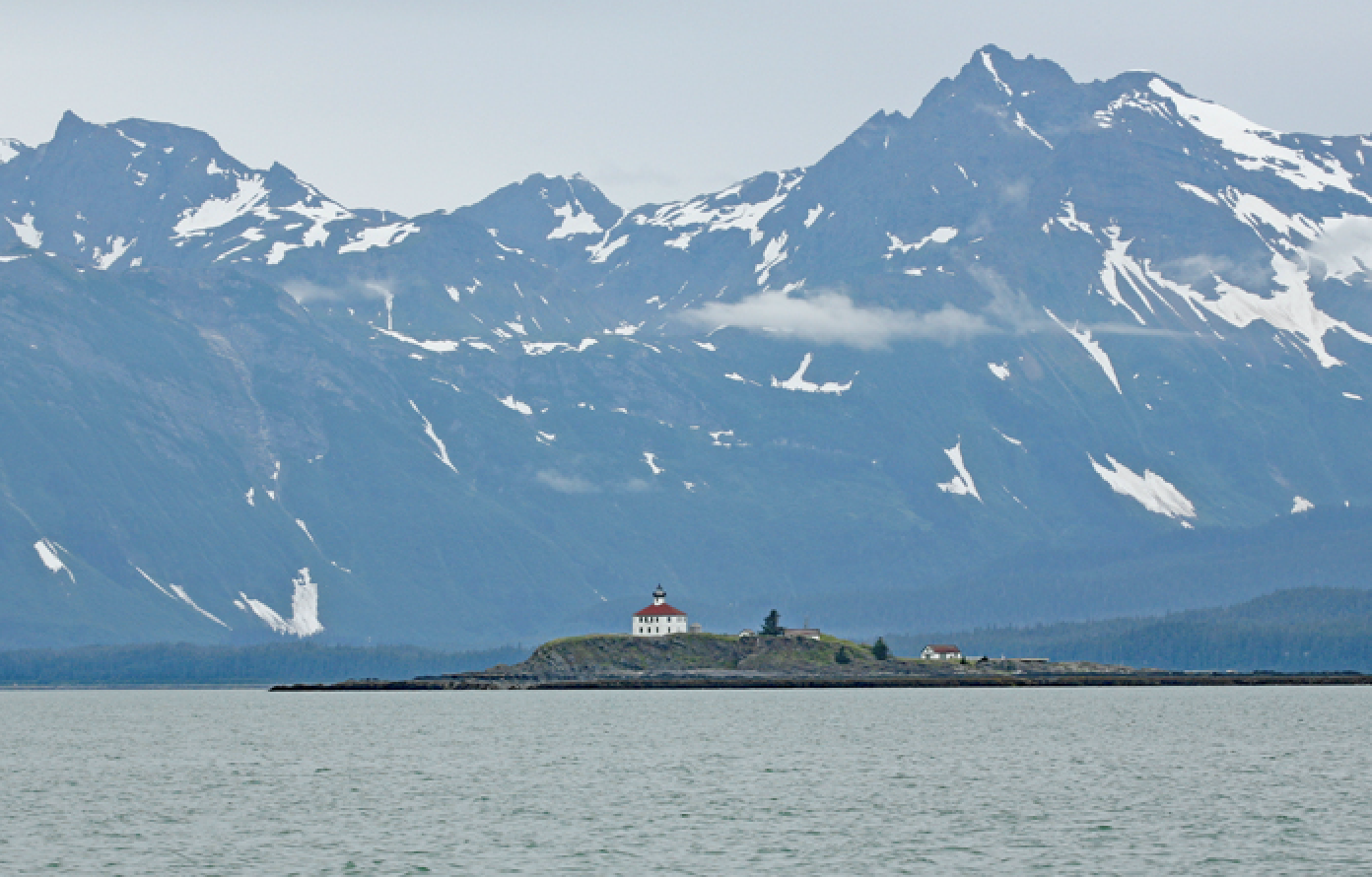 This octagonal lighthouse sits adjacent to the Lynn Canal in Alaska. Construction began in 1905 and the light was ultimately automated by the U.S. Coast Guard in 1973. Before automation, the light operated with a Fresnel lens, where a sheet of red glass was placed between the light source and the larger prism. This caused the light to alternate with red and white flashes.

Public Access: You can view the lighthouse from a ferry or by plane. 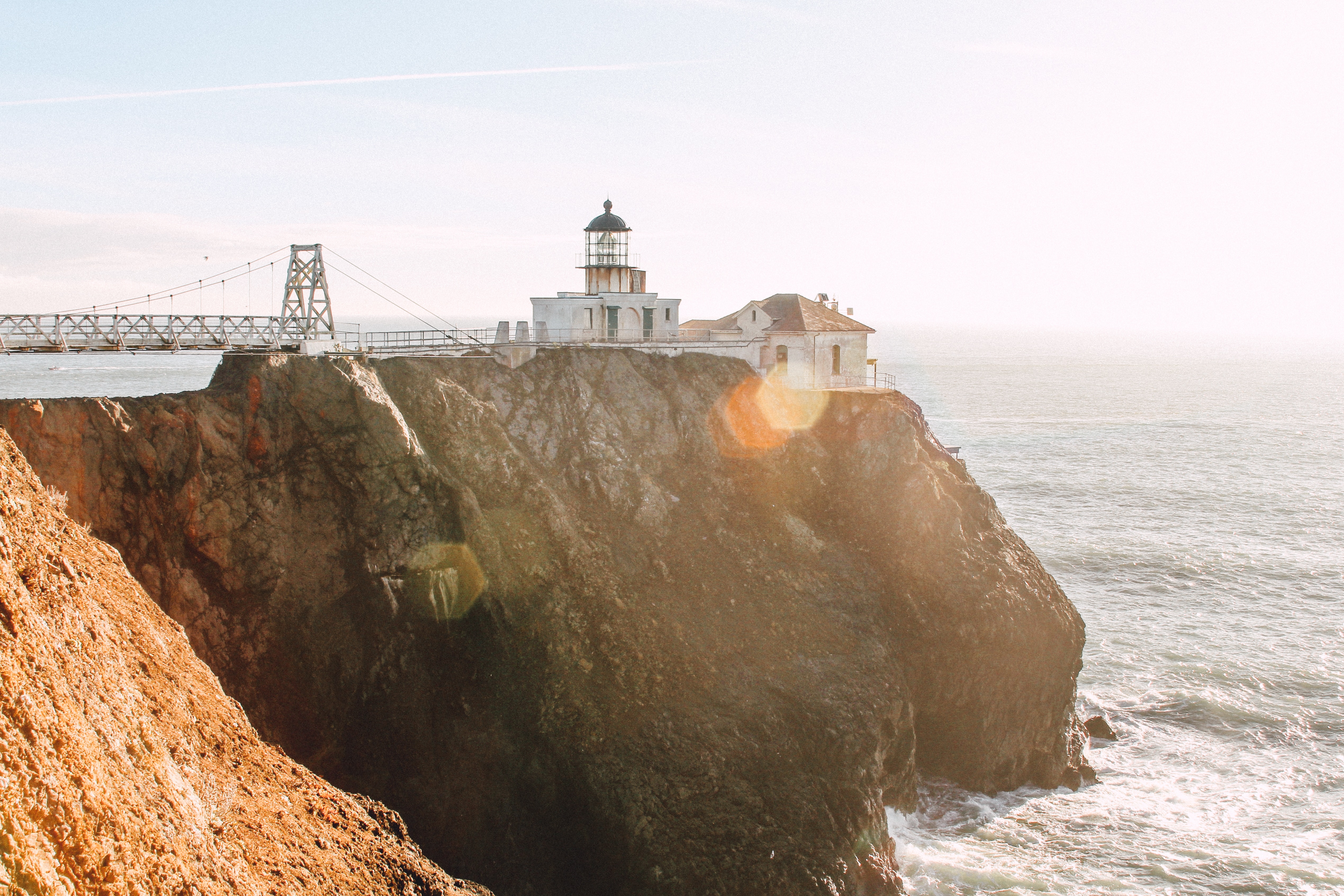 Located right at the San Francisco Bay entrance and built in 1855, the Point Bonita Lighthouse was needed right around the California Gold Rush era when over 300 boats would be in the surrounding area per day.

Public Access: As far as walking there, it is the only lighthouse that can be reached by a suspended bridge. The original trail was ruined from erosion. It is available to the public only during limited hours (12:30 PM–3:30 PM) on Sundays and Mondays. There are occasional sunset hikes that are led by park rangers. 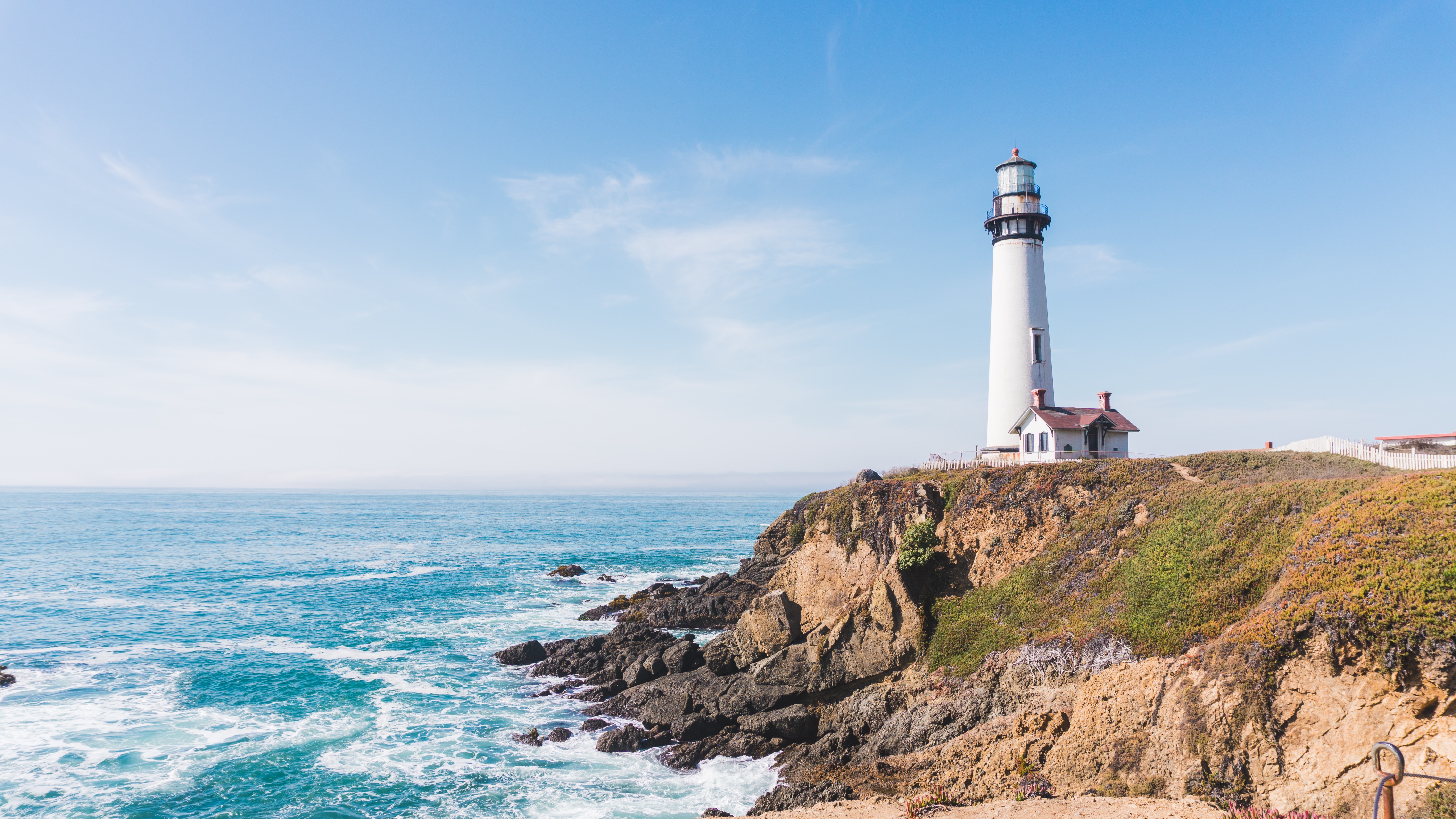 Another gorgeous Oregon lighthouse is the Yaquina Bay Lighthouse. It is the only surviving wooden lighthouse in the state and the oldest building in Newport. It sits on a bluff at the Yaquina River. The light station was first lit in 1873.

Public Access: the lighthouse is open from 12 PM to 4 PM every day during the summer. It is closed on Mondays and Tuesdays during the winter. 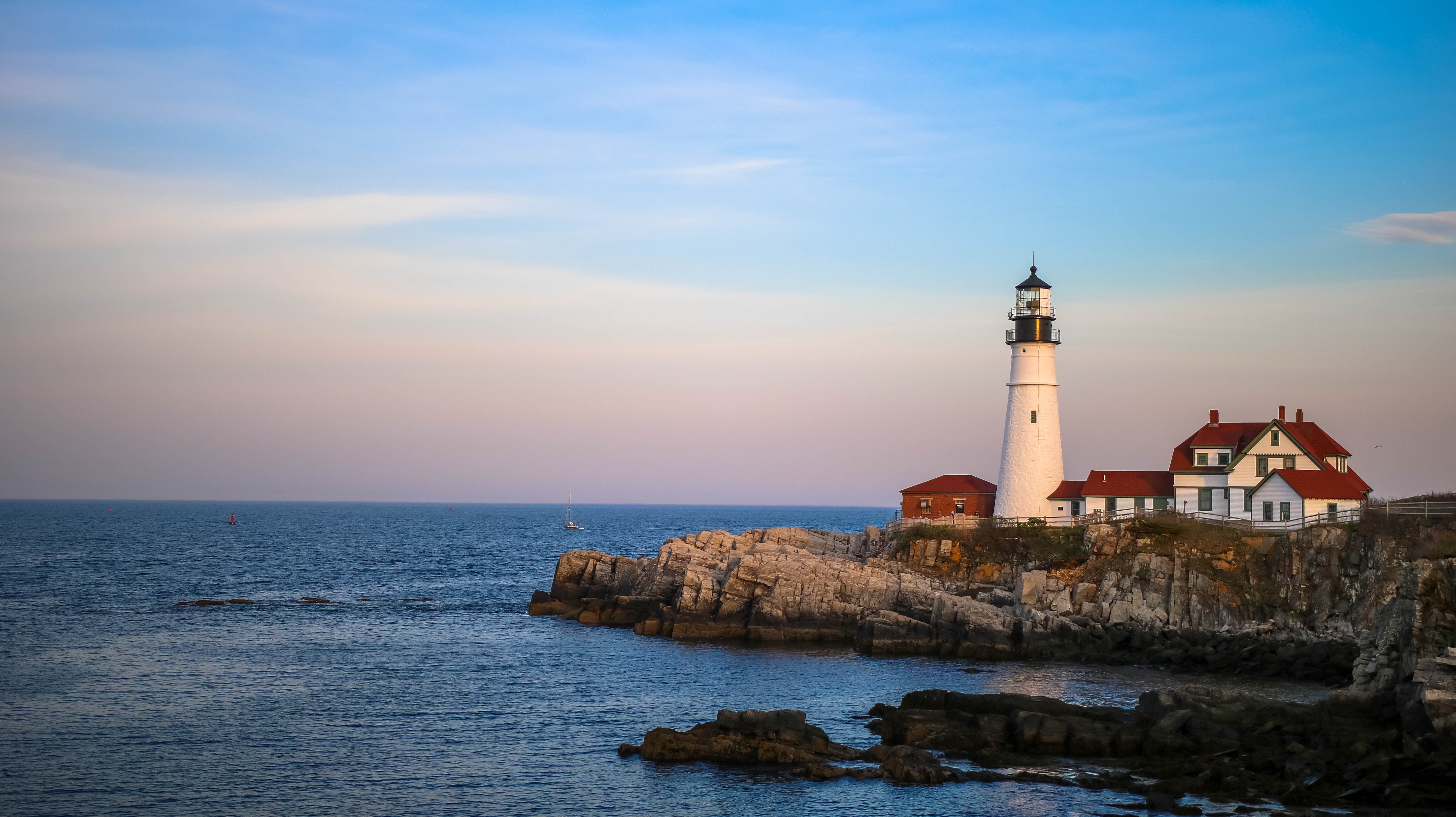 The Portland Head Lighthouse is Maine’s oldest lighthouse, dating back to 1791. It is located along the shores of Fort Williams Park. Back in 1787, the General Court of Massachusetts gave $750 for the construction of the lighthouse. Then in 1790, the federal government took over the lighthouse and appropriated $1,500 to complete the project. Once the construction was finished, the tower measured 72’ from the base to the lantern deck. It was lit with 16 whale oil lamps. Today, the light station is automated.

Public Access: The park is open to the public year-round from sunrise to sunset. 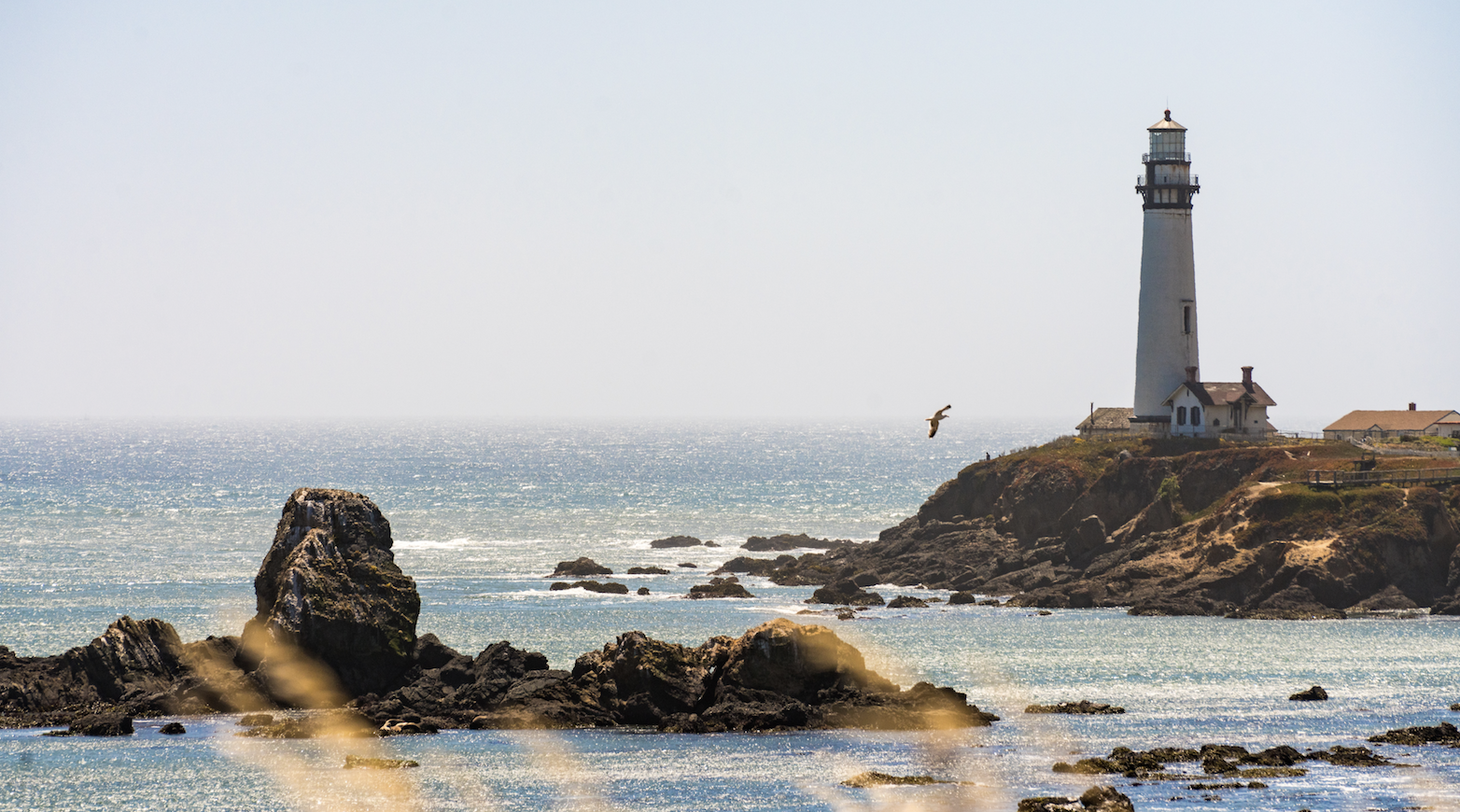 Public Access: You can arrange a tour that takes you inside the lighthouse via the New London Maritime Society. 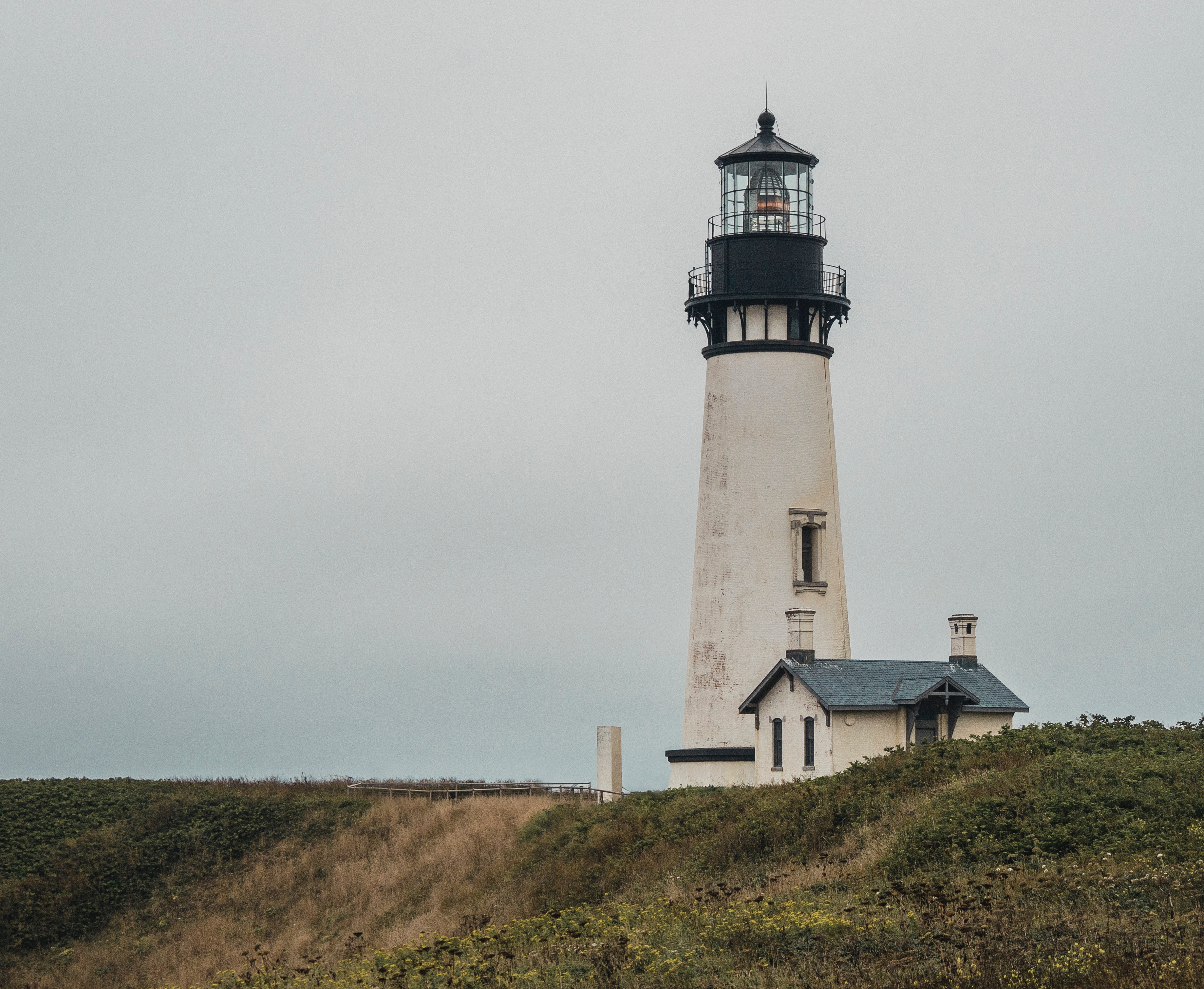 As the tallest lighthouse on the West Coast, Pigeon Point was built in 1871 to guide ships along the Pacific Coast of California. The lighthouse itself is located on the coastal highway, State Route 1, between Santa Cruz and San Francisco. It is surrounded by a state park and designated a historical landmark.

Public Access: The area is available to the public starting at 8 AM and ending at sunset. The visitor center and park store hours run from 10 AM – 4 PM, Thursday through Monday. Parking and admission are both free.

The Lorain lighthouse was built in 1917 by the Army Corps of Engineers on Lake Erie. The light is no longer lit and was replaced by an automated light tower on a nearby breakwater.

Public Access: You can tour the lighthouse during the summer months, departing by boat on dock “a”. Tour boats come every 45 minutes and are $20 per person. 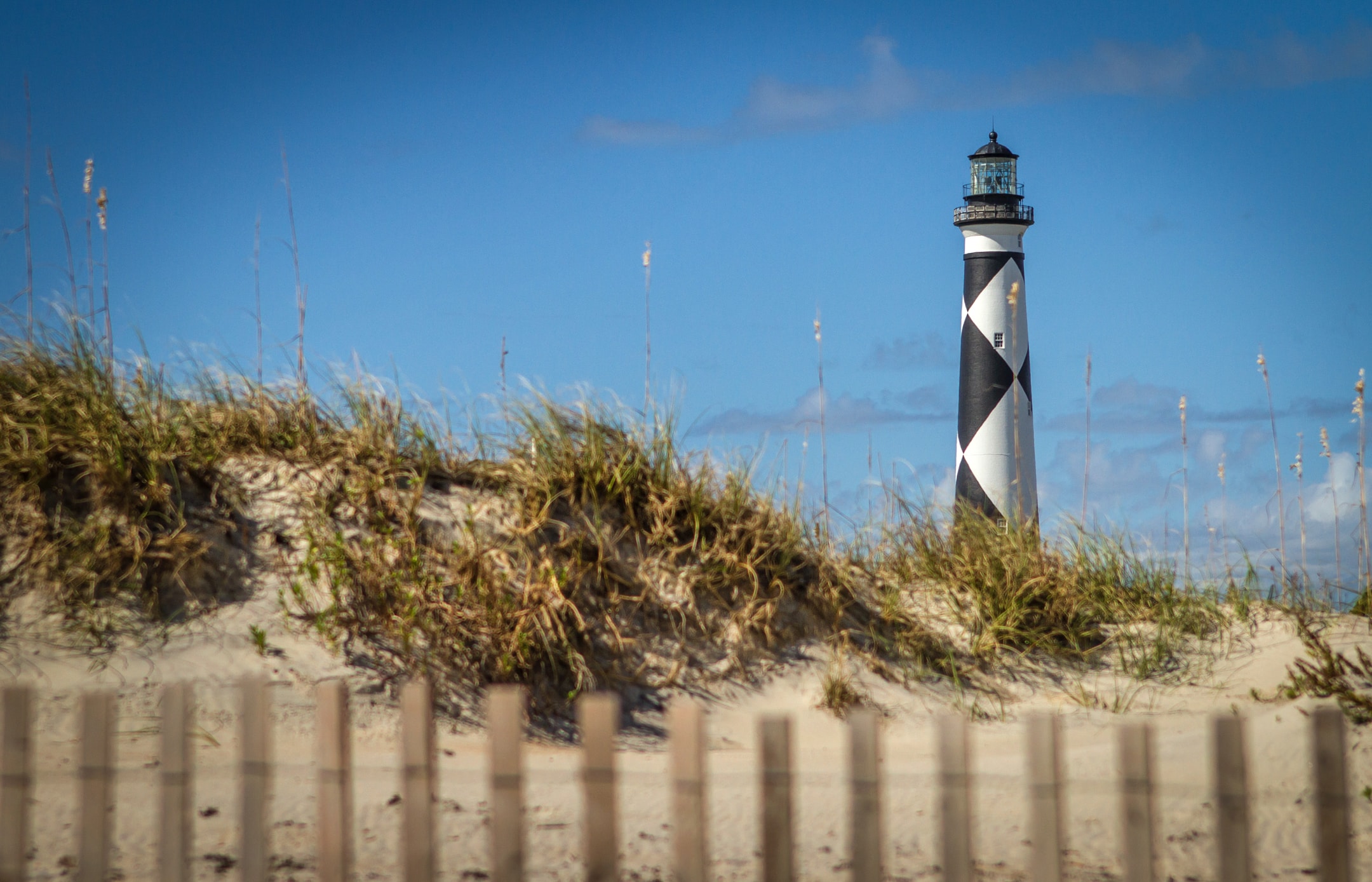 The Cape Lookout Lighthouse is unique in a variety of ways. It is one of a few lighthouses that operate during the day and is the only lighthouse in the U.S. to have a checkered pattern. The checkers are used as a navigation tool. The center of the black diamonds represents the north-south direction and the white diamonds represent the east-west direction.

Public Access: The lighthouse is open to the public from May 15th to September 15th. Hours of operation are from 10:15 AM to 4:00 PM. The lighthouse is closed for climbing on Mondays and Tuesdays during those designated months.

Share this:
Get a FAST Quote!
Boat & Watercraft Insurance made easy.
The best rates for the best coverage!
or
Retrieve Your Quote
Retrieve a Quote